This saying is an apt motto for the 27-year history of life on board the Nella Dan. The stories contain equal parts fact and truth – with a good dose of tall tales and sailors’ yarns.

Even against a horizon that is more than 30 years removed, life on board the Nella Dan is still clear in the memory of everyone who lived with and on the plucky little ship. We continue to collect the many stories and are grateful to receive short anecdotes as well as longer accounts and personal stories.

There is an element of truth in every tale. These are good stories.

Nella Dan is about the many stories of comradeship and the experiences that unfold when as many as 90 very different people live together under cramped conditions for long periods of time. When this happens under external conditions that stretch the horizon to infinity and test the laws of physics and the chemistry of the body and challenge people’s mental boundaries, that is a recipe for a human cocktail and melting pot.

Whether you were 16 years old, signing on for the first time, or the ‘old man and the sea’ returning home after a few months ashore, or whether you were about to winter on the South Pole or count krill in subantarctic waters, everyone who showed up at the gangway for the first time always felt the tingle of anticipation and apprehension. Nella Dan offered adventure at a time when distances were still daunting and mail took months to reach the recipient.

When sea conditions did not make for perilous times in the Roaring Forties or the Furious Fifties, or ice pushed the adventure towards the poles, the on-board comradeship created a real-life experience that would put any modern reality TV show in the shade.

Reality often surpassed the imagination. The life on board the Nella Dan can be descriped into the world of highly beloved sailors movies like the ‘S/S Martha’, the comedy of ‘Blinkende lygter’ and the cartoon caracters of ‘Rasmus Klump in Pingonesia’.

Over the years, historical documentation captured from a wide variety of sources, including maritime inquiries, logbooks, reports, journals, magazines and voyage charts to the on-board newspaper, articles, radio reports, personal accounts, letters home and many other formats. Behind the facts, there is often a good story good story with a personal angle that we would love to share with a wider audience.

We continue to collect sources for new stories and will be publishing them on this website as we get them. We owe the many friends of Nella Dan a huge thanks for sharing their memories and experiences.

A workplace in Denmark: the Nella Dan

The beer siege in Scoresbysund, 1980 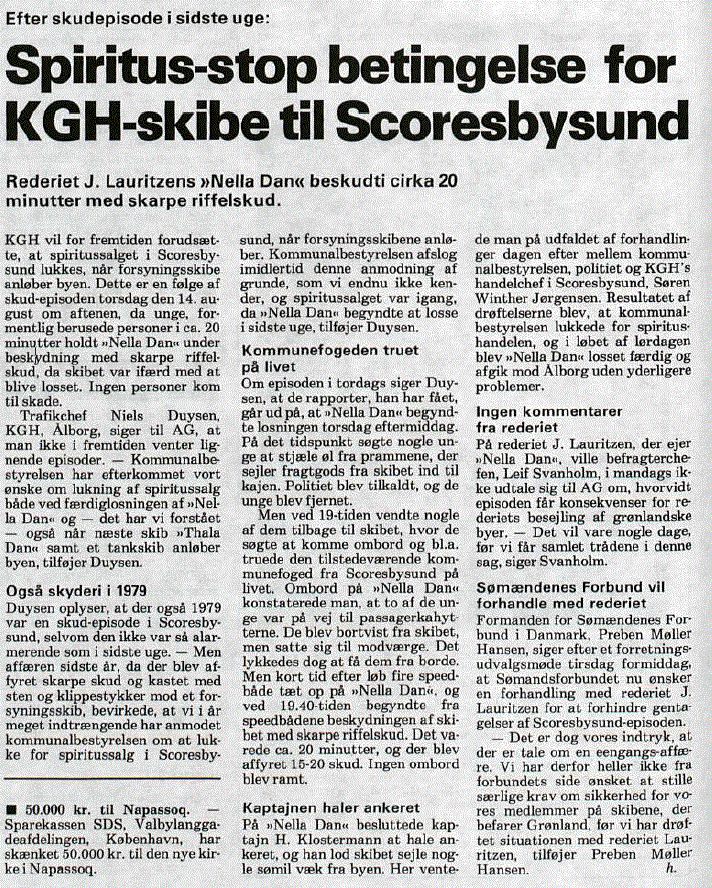 Do you want to see my hotdog?

DR radio report from the Sølund nursing home in Copenhagen, 2010.

(Listen to the radio interview) 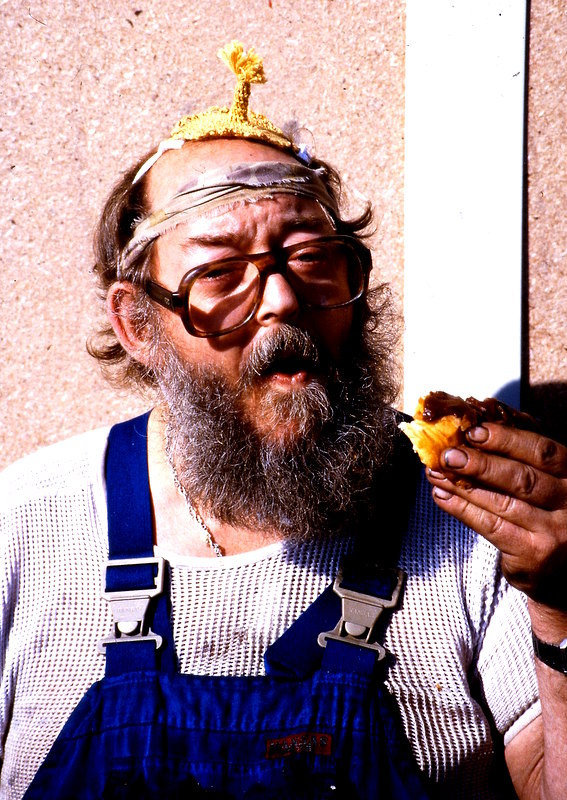 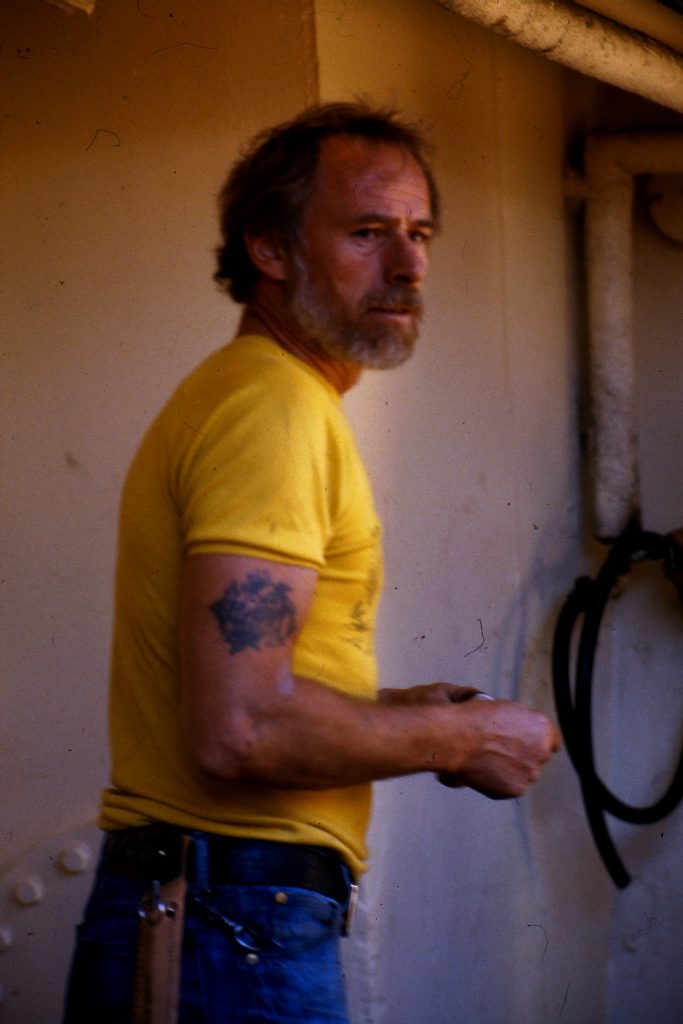 (Click here to read the story about the recipe)